One of the most important caves in the world

A visit at the cave "Katafygi" 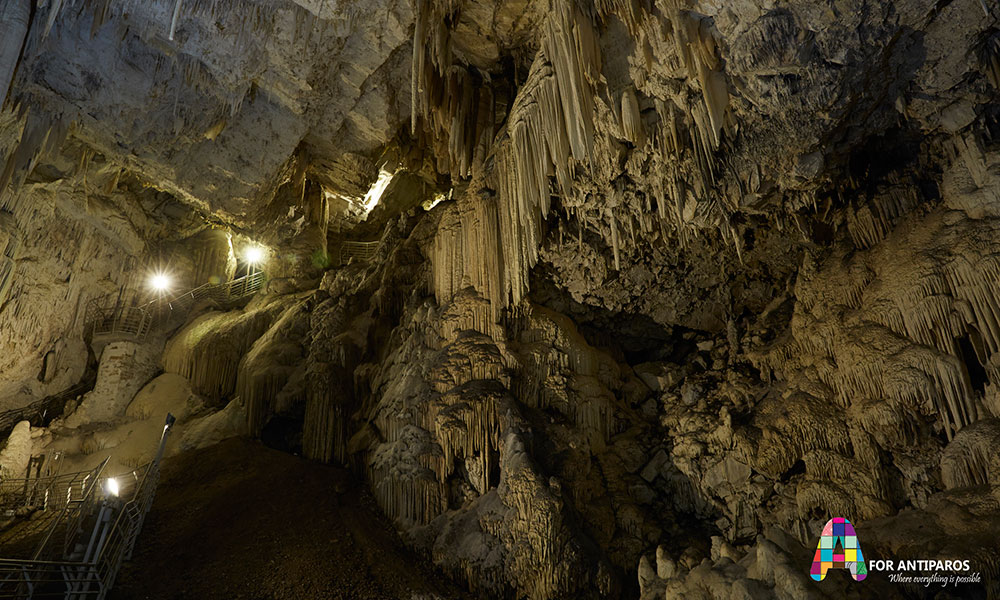 The Antiparos Cave is one of the most beautiful and most important in the world. Not only it’s a magnificent natural sight but is also tightly woven into the history of the place, evoking great archaeological interest because of the stone age artefacts found inside it.

The engraved inscriptions that "adorn" it are an endless source of stories, legends and information about its famous –or not– visitors, like a book detailing impressions, the first page of which was written hundreds of years before the birth of Christ.

"Katafygi," as locals call it, is decorated with stalactites and stalagmites, which shift their shape according to the visitor’s inspiration. At 171 metres above sea level, essentially a sinkhole and with a temperature of 15 degrees Celsius in winter, it has an area of approximately 5,600 square metres.

Its maximum depth is approximately 85 meters and descent is easily and safely done via a 411-foot flight of concrete stairs. Exceptional visibility allows for a detailed observation of the exquisite natural surroundings and the discovery of human presence dating from the times of poet Archilochus of Paros (728–650 BC) to the twentieth century.

The cave is open for visits from April to October, open from 10:00 to 18:00. In the winter months the visits are available, in consultation with the Municipality of Antiparos. 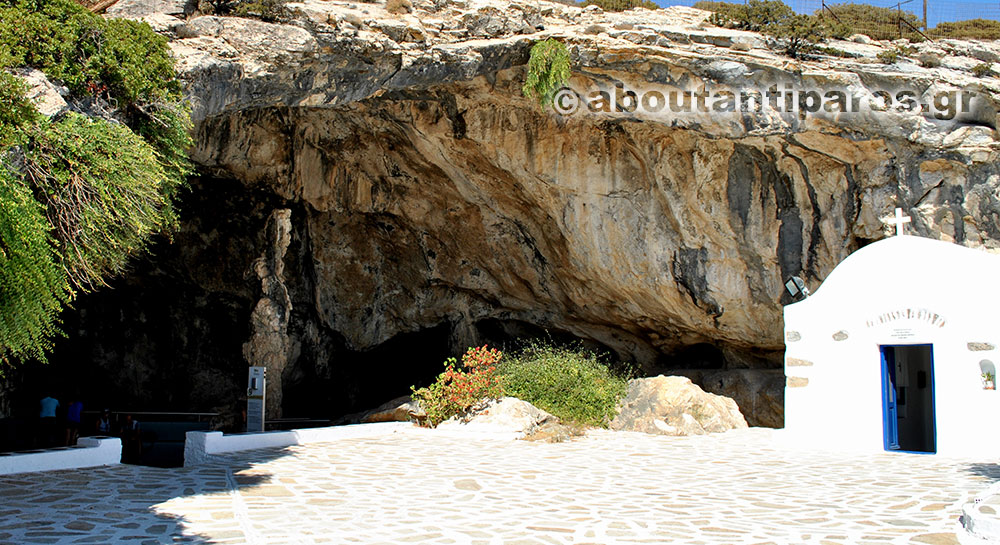 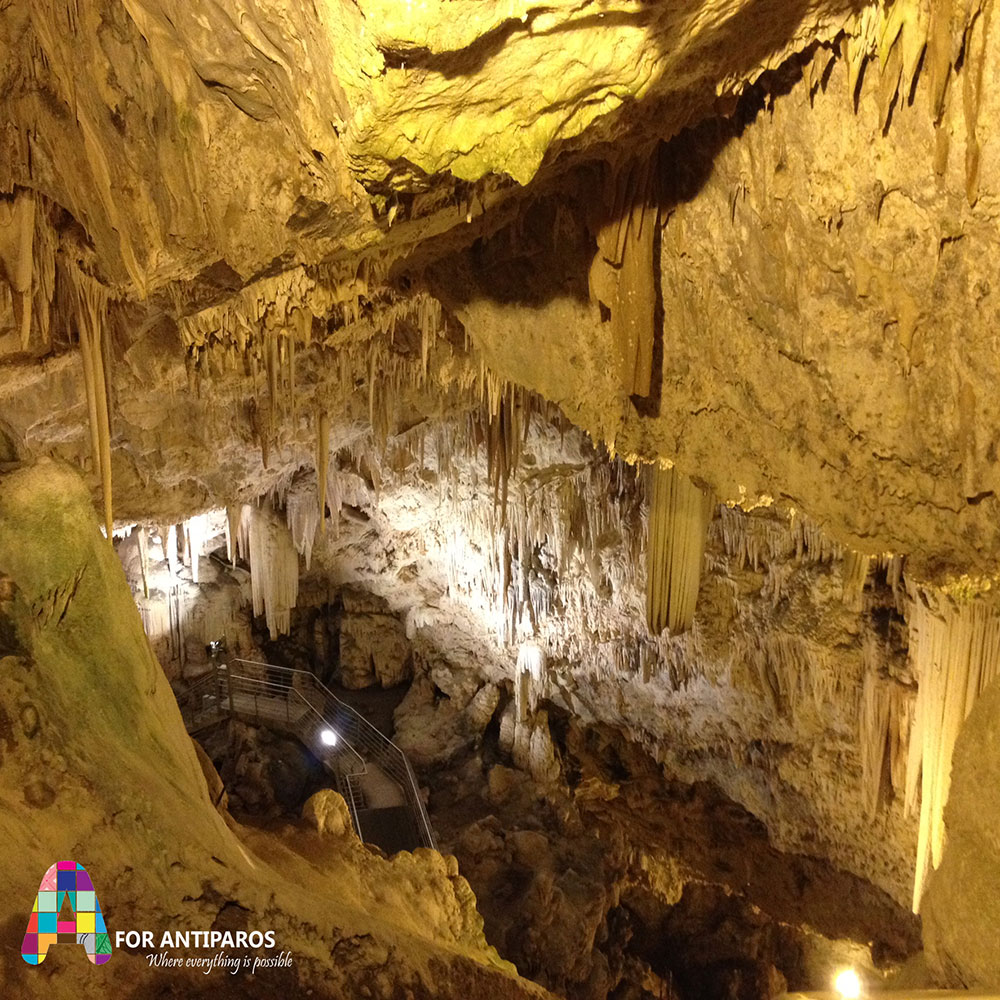 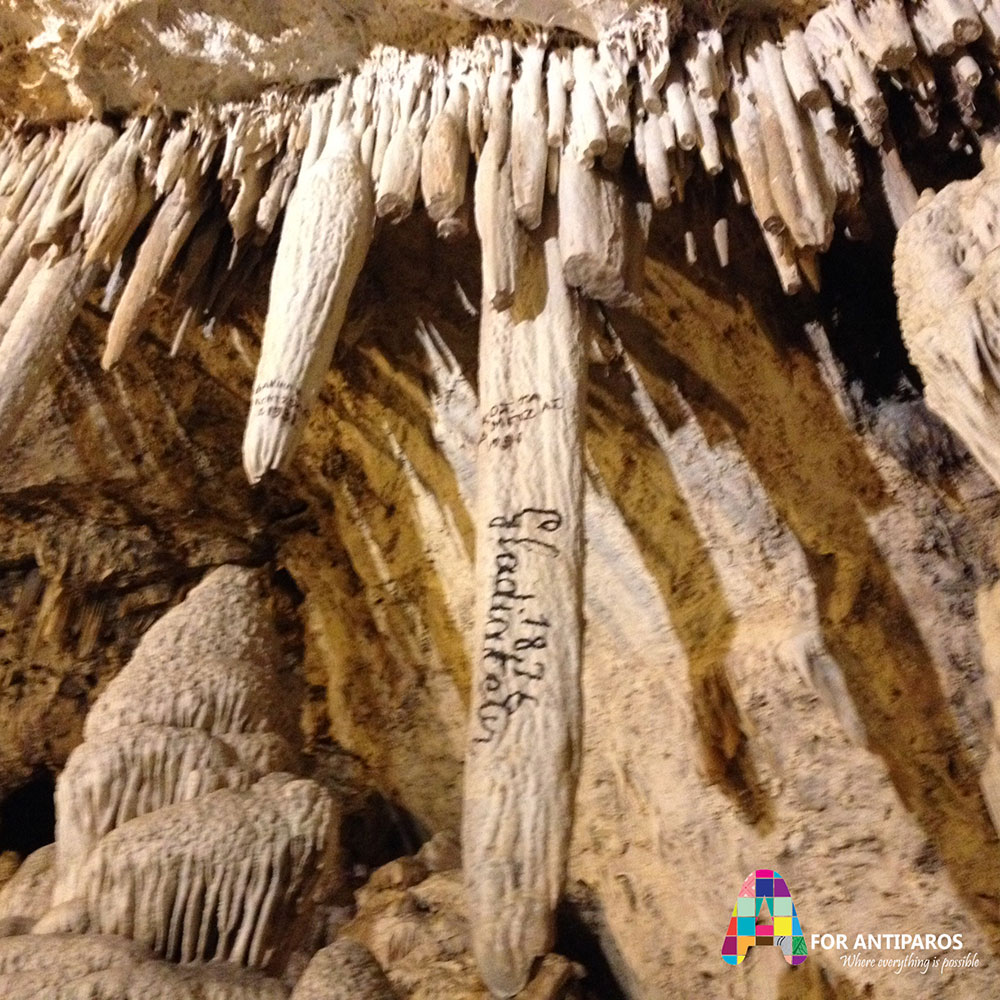