Feasts and festivals of Antiparos

Description of the feasts at Antiparos

The most important feasts 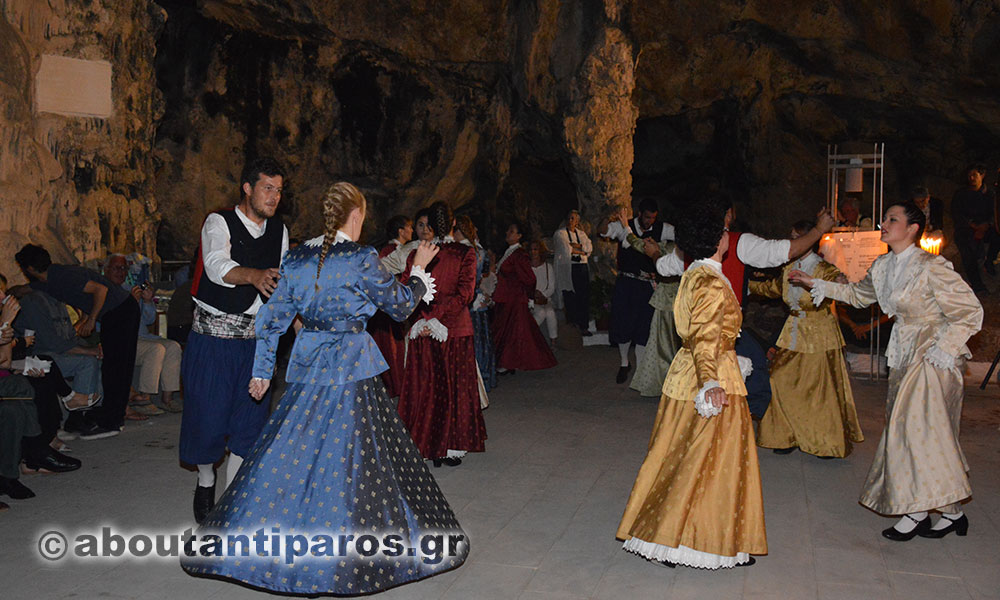 Orthodox faith is integral to the island’s people, who keep customs and traditions, passed down to them by their ancestors, alive. In Antiparos all churches and chapels are operational. On the name day of their patron saint, a feast is organised and the pilgrimage is transported by public bus.

The three-day celebration of Agia Marina, July 15-17. Agia Marina is the church that welcomes all visitors to Antiparos, the first thing they see as they approach the island. It is located at the port, in a prominent position and looks like it oversees sea and travellers alike.

During the three-day celebration, the entire local population participates actively, promoting the hospitality and culture of Antiparos. There are concerts, regattas, the famous triathlon (swimming – cycling – running) with fans participating from all over the world, theatrical events, a feast replete with lutes and violins, dancing shows from local dance groups and so much more. Find out about the schedule of this year's events right here.

Saint John the Baptist is celebrated June 24 to 25, and during those celebrations the people stage the custom of Klidonas (Saint John's Fire) and the burning of May 1st wreathes at the Port.

Panagia Faneromeni is celebrated on September 7 and 8. The picturesque chapel is located at Cape Petalida, at the south of the island. This feast is particularly popular with the locals because of its enchanting location. Accessible via sea, fishing boat or by road.

The feast of Agios Ioannis Spiliotis on May 7th and 8th. The chapel, which is located in the terrace in front of the cave of Antiparos and has named the entire hill, puts on its Sunday best in spring. A particularly colourful feast with tonnes of treats and delicacies. 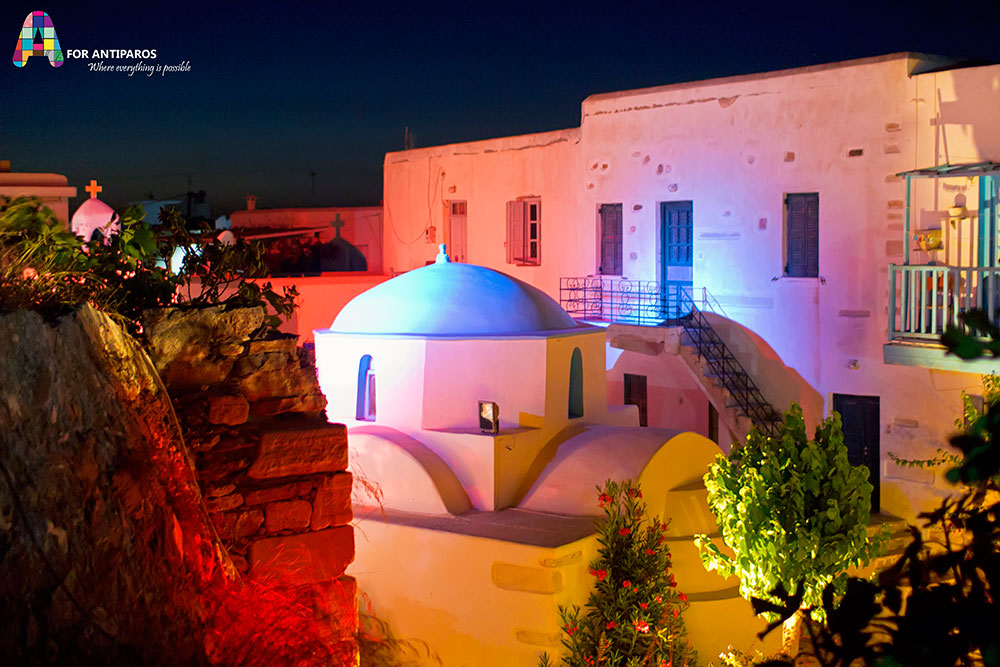 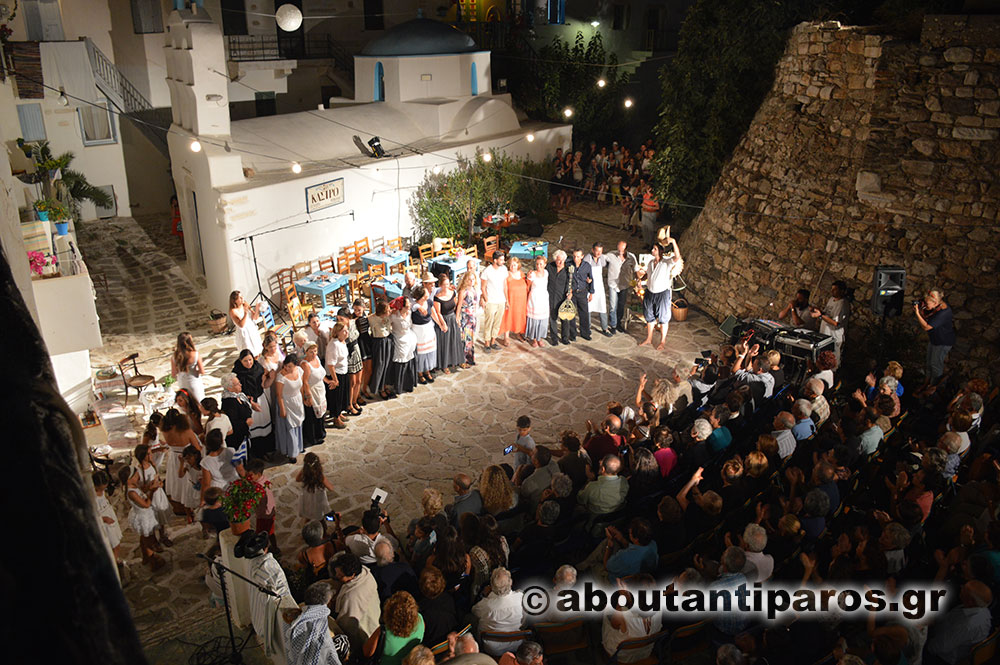 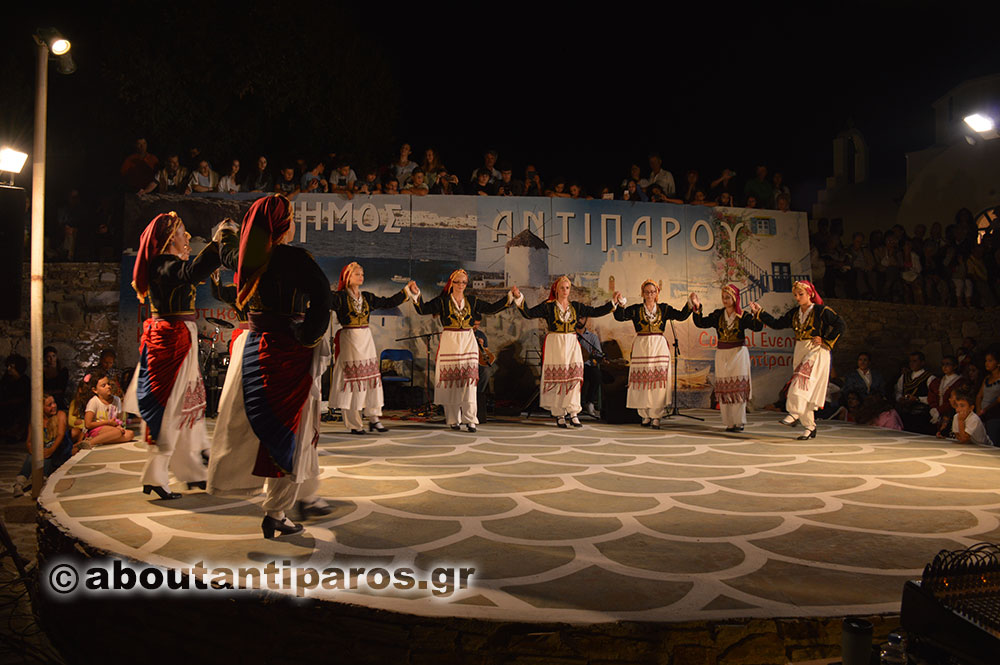 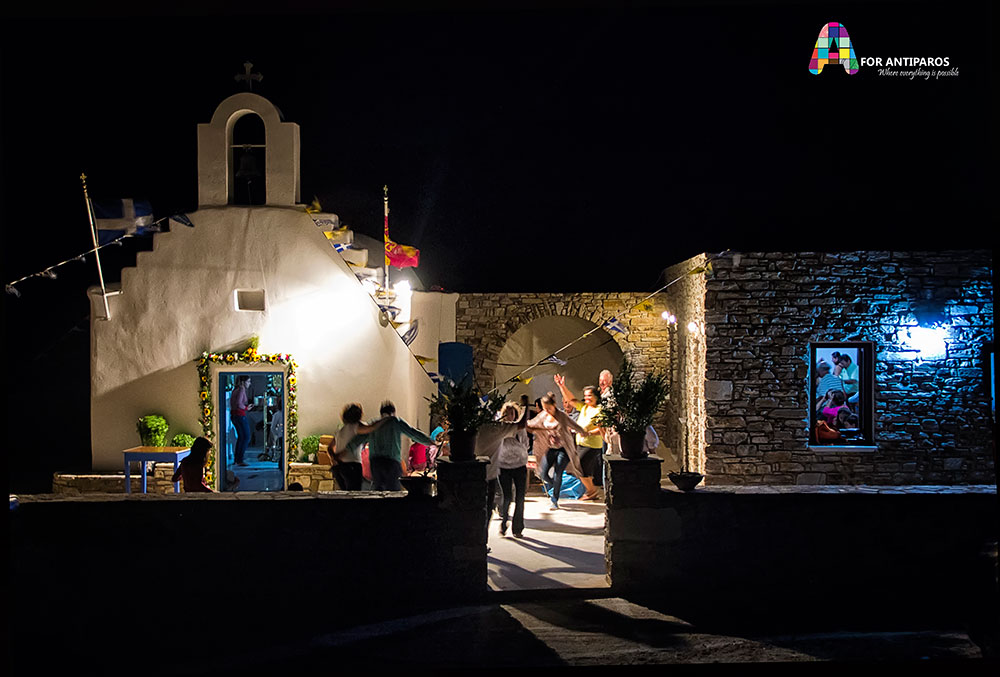